Well, ever since you opened your restaurant, you’re never not busy.

You’re being pulled in a million different directions at all times. You’re covering for a waiter who skipped his shift. A customer is causing a scene. A fight just broke out in the kitchen.

With all that going on, you just haven’t had the time – or energy – to focus on reducing your restaurant’s food waste.

You’re not keeping track of your orders. Instead, you’re just placing the same ones over and over. Who has time to analyze all that stuff?

Well, when you don’t analyze that “stuff”, you’re throwing out hundreds of dollars a week in wasted food.

And you have nothing in place to help with your restaurant food waste management.

But, you can reduce food waste in your restaurant in a ton of ways, including inventory management, smarter ordering decisions, and more.

Read on and give them an extra breath of life.

You’re not the only one with restaurant food waste issues. Sadly, it’s an industry-wide epidemic.

According to the National Restaurant Association, over 133 billion pounds of food was wasted in 2010. And that number has continued to climb.

That breaks down to the average restaurant tossing about 4-10% of food before it even reaches customers. Sure, your restaurant may not be average. It’s tossing away less. It’s special, just like you.

But no matter how special you are, we can bet your restaurant food waste cost is higher than you want it to be.

Even though restaurant food waste is costing the industry billions each year, only 50% of restaurants – at most – are tracking it.

Which means you’re simply allowing yourself to waste money. You might as well just light a pile of cash on fire while you’re at it.

When orders aren’t adjusted, you’re not accounting for the fact that for some reason, your normally popular Bananas Foster didn’t sell as much last week.

And now you’ve got triple the bananas in your stockroom, a ton of which are about to spoil if sales don’t pick back up.

You also aren’t taking the time to research ingredient prices. And though monitoring prices may not help you with reducing restaurant food waste, it can save you a pretty penny on your orders.

So basically, what does this boil down to?

Your ignorance is costing you thousands.

You’ve got no pars to order against. No budget to keep your spending in check. No weekly inventory count to see what you need to order in the first place.

How Do You Lower Restaurant Food Waste?

Ready to actually make a change?

Here are a few places to start.

A solid, weekly budget is a great way to keep your staff aligned when it comes to ordering.

It forces you to stop and take a good, hard look at your finances.

Each week, you’ll want to hold a team meeting with all of your managers. At this meeting, you’ll reflect on the past week. What went well? What didn’t?

Then, you’ll look ahead at the upcoming week, and figure out if there are any specials, events, or more.

You’ll take all that information and build a budget for the week.

Make sure all orders are subtracted from it, so you can keep your spending in check.Or, if you do go over, you can pinpoint exactly why.

2: Order Against a Par

Setting pars on all of your ingredients (or even just on your top-20 most used ones) can make a huge dent in reducing restaurant food waste.

Essentially, your par level is how much of an ingredient you expect to have on your shelf at any given time.

You’ll set this based on how much you intend to sell each week, leaving some room for extra, just in case you sell a bit more than normal.

Then, when you’re going about your ordering, you order based on what you actually need, not just what you think you do.

A quick restaurant food waste management tip: Pars can change. They’re not set in stone. As sales go up and down over time, adapt your pars accordingly.

This one’s a no-brainer.

It’s easy to reduce food waste in your restaurant with inventory management.

But “inventory management” doesn’t mean stepping into your stockroom, doing a quick scan, and then leaving.

It also doesn’t mean using a pile of spreadsheets covered in tomato sauce.

It means actually hunkering down and getting the accurate numbers you need.

And that’s just a waste of time.

All the methods we’ve mentioned – while extremely valuable – can be very time-consuming.

But the right restaurant technology? It can make a huge difference in reducing restaurant food waste.

Plus, it can save you hours of time.

(Sound fishy? Schedule a demo and let our product specialists show you how it works.)

Plus, Orderly has functions to help you set and maintain both a budget and par levels.

It’s designed to help you save time and money, and to help control your restaurant food waste.

But that doesn’t mean it’s not harming your business.

You can’t just ignore a rat that runs through your kitchen daily. Eventually, he’s going to cause you some serious problems.

Don’t wait until it’s too late. Get started reducing your waste now.

Whether that’s on your own terms or with the help of restaurant technology, it’s a change that needs to be made. 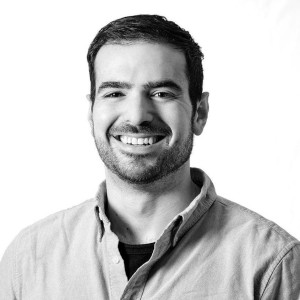 As Orderly's Content Marketing Manager, Danny is always in the weeds of the restaurant business. He's having conversations. He's scouring the internet for research. He's writing until his fingers start to hurt. And it's all to help you run a smarter restaurant. When he's not writing about restaurants, Danny can be found eating at restaurants. Or, you may find him cheering on his beloved Miami Hurricanes. The Technology Solution to Your Inventory Troubles The Ultimate Guide to Working with Restaurant Suppliers